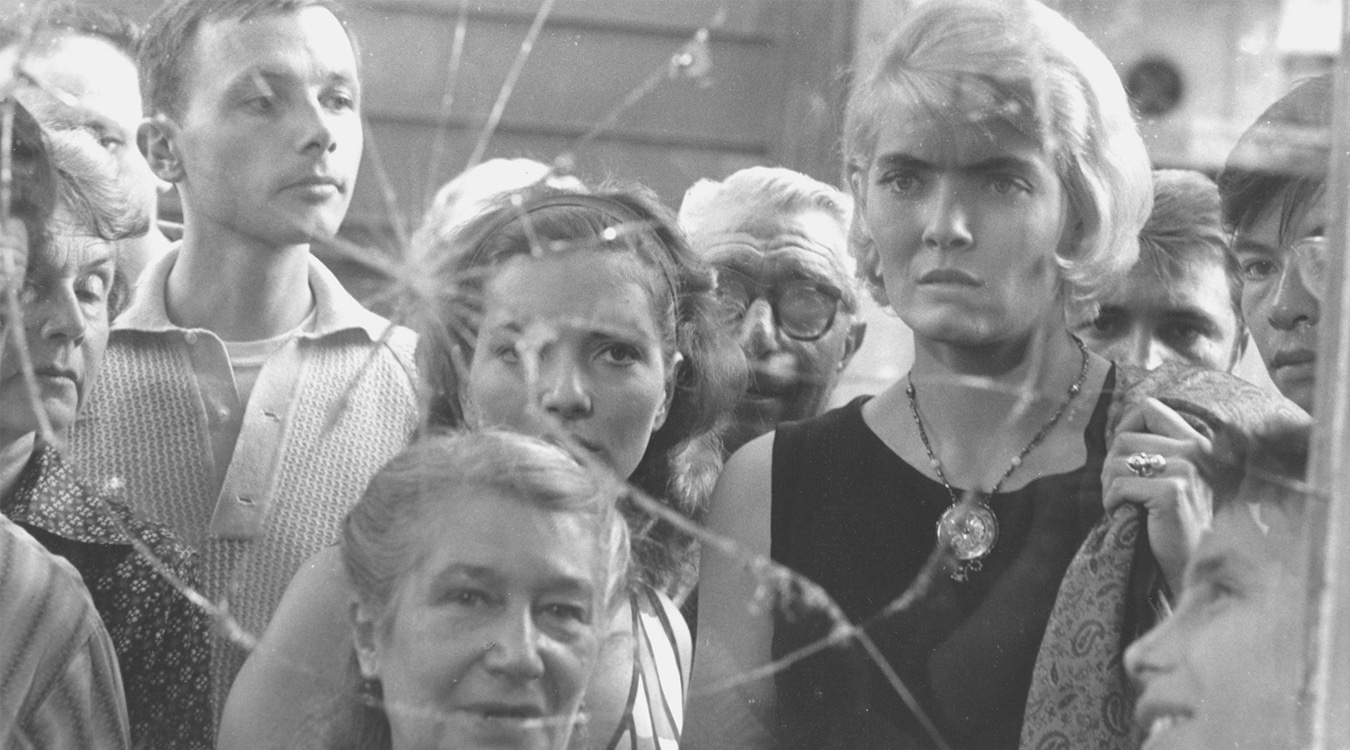 I watched Agnes Varda’s Cleo From 5 To 7 the other night. As noted on social media, I had a pretty rough couple of days, and felt like my soul needed “rebooting”. It certainly did the job.

Cleo From 5 To 7 is an acknowledged masterpiece, and further proclamations of such at this point are unnecessary. My favourite shot comes early on, and involves two men watching the film’s titular protagonist during her breakdown in a cafe. Both the breakdown and their reaction are simultaneously on-screen, thanks to a wall-sized mirror that at once both carries the men and forms a background “shield” for the object of their gaze. Mirrors and reflective surfaces are commonplace in Varda’s films, but are particularly notable here. For a split second one cannot tell if the men observing Cleo’s drama are genuine actors or mere passers-by. So many films of the Nouvelle Vague, with its guerrilla filmmaking MO, are filled with “real” people unwittingly caught on camera. Cleo From 5 To 7 is rife with them too, but in this particular instance the “passers-by” are actual actors, who within a few seconds become bona-fide characters in the unfolding film.

Varda has always blurred the line between real and drama, but this early instance stands as one of the most affecting.

Elsewhere, mirrors open up the world of Cléo. They’re everywhere. There’s nowhere for the camera to hide, and it’s a miracle of craftsmanship that impromptu and unplanned cameo appearances from the film’s camera operator aren’t more prominent. Shop Windows and car windows too offer a reflective surface, as do the faces of a masse of people, both real and actors. The whole thing comes to a head with the sequence in which a crowd gathers around a broken window, with Cléo’s face framed in the middle of it like a target.